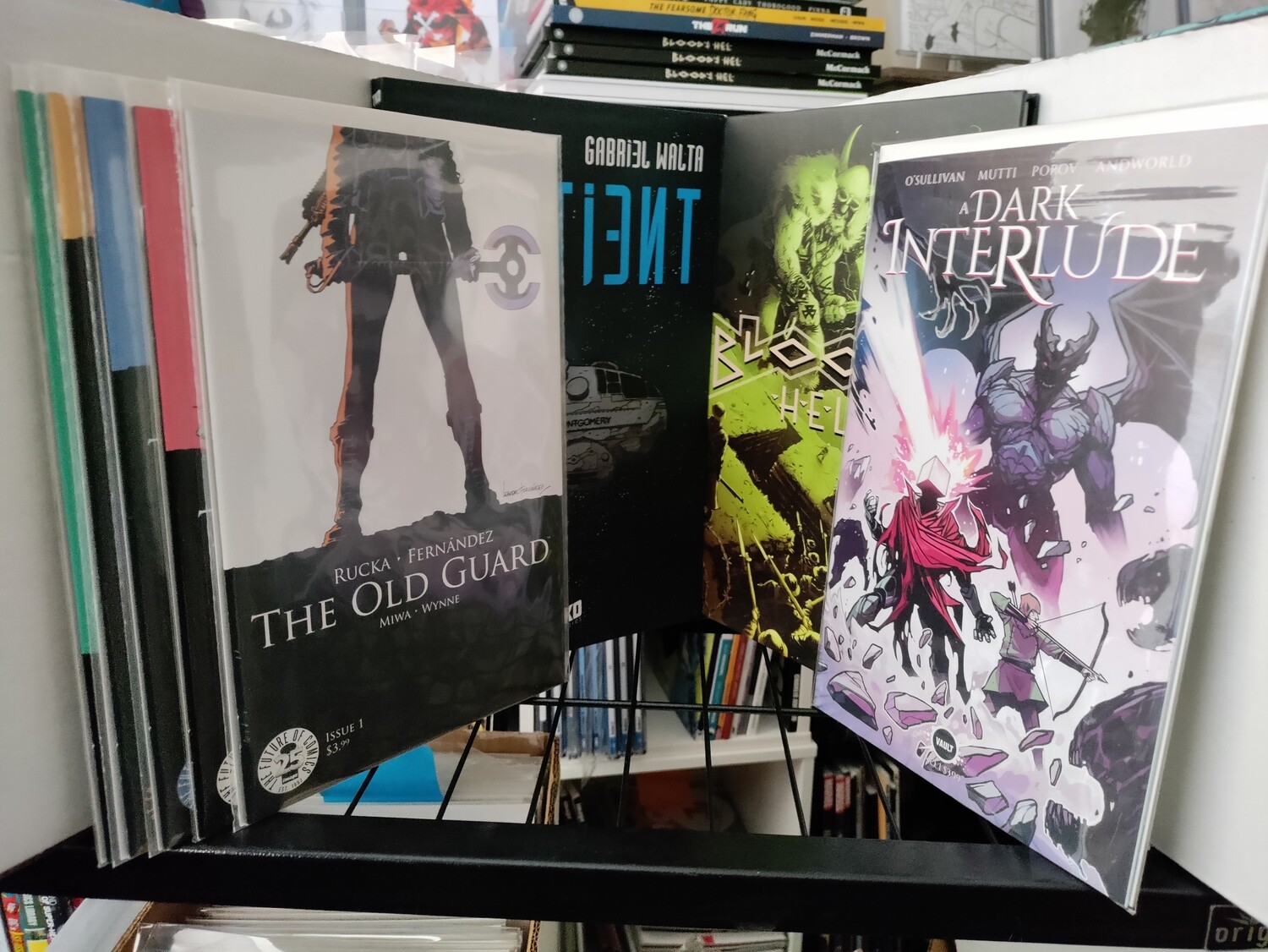 The Old Guard is already a series on Netflix. This series goes from 25-40$ depending on the day. The Dark Interlude #1 Variant is the fist issue in the follow up to the hit series to Fearscape. Sentient is the award winning Sci-Fi series from TKO and the Bloody Hel HC was funded through Kickstarter and then picked up by A Wave Blue World.