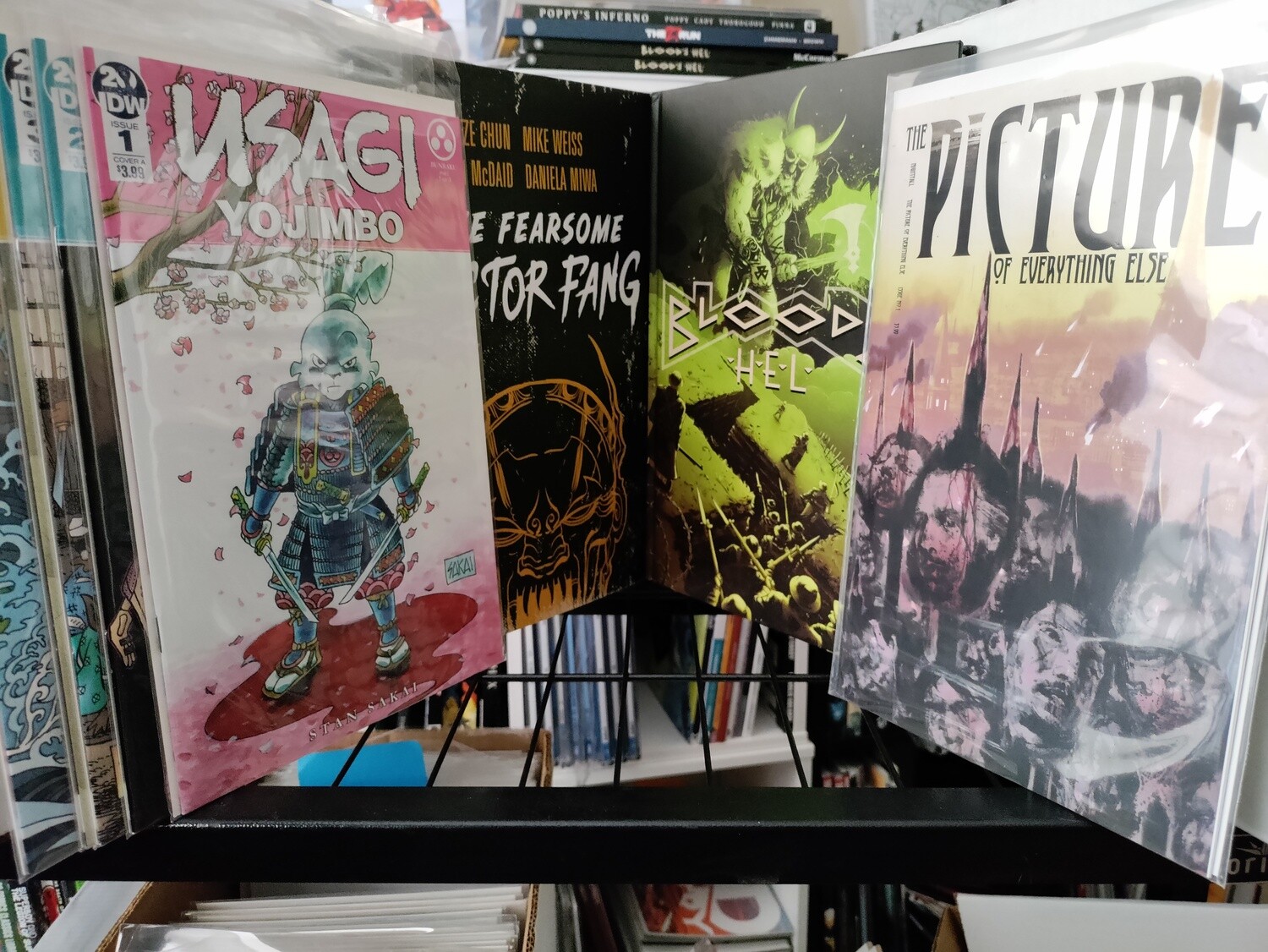 Usagi Yojimbo is a timeless classic being brought to modern comic fans by the master himself and the first issue already goes for 10$+. Picture of Everything Else is a horror-esque reimaging of the Dorian Gray story. The Fearsome Dr Fang is a throwback to the pulpy adventures of comics past and the Bloody Hel HC was funded through Kickstarter and then picked up by A Wave Blue World.