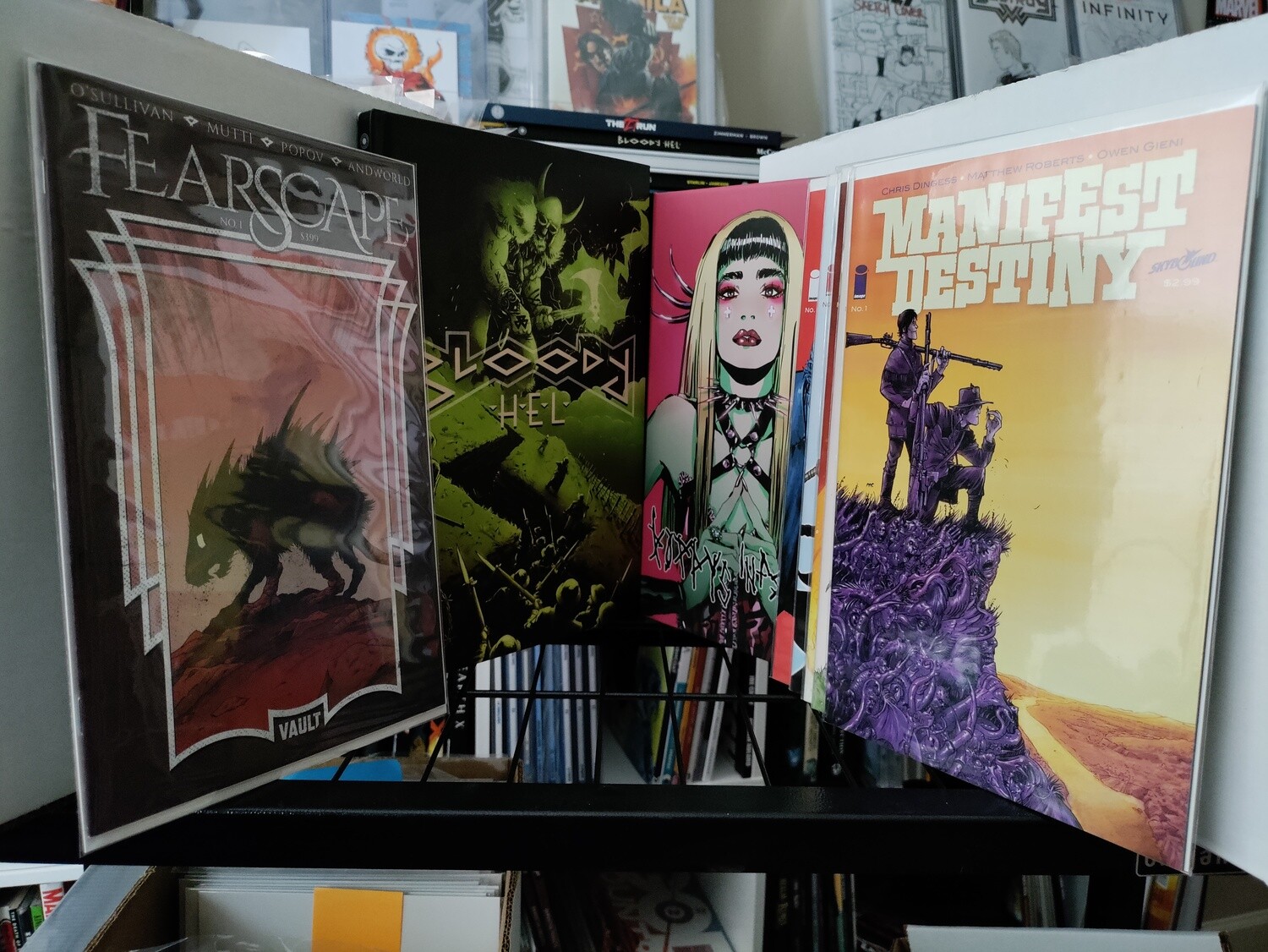 Manifest Destiny is loved by fans and the first issue goes for 15-20$+. Fearscape was one of the titles that launched the White Noise group at Vault. Poppy's Inferno is a self journey by the pop singer that tells the tale by travelling through hellscapes and the Bloody Hel HC was funded through Kickstarter and then picked up by A Wave Blue World.